Hey guys! This guide is all about how to obtain the “ultimate weapons”in FFXV, starting with the quest “A Legend is Born” from Randolph in Lestallum. This guide covers basic quest info, preparation and in-battle strategy for each quest.

But realistically –
we’re all here to rush Zwill Crossblades and beat Naglfar.

The main pre-requisite of this sidequest is that you have “beat the game”. Click on the links below to quickly navigate to quest you’re in.

Beating Bennu – Summary: Bennu ain’t so bad. I only suggest using very defensive setup, for the simple reason as to use less “mega” items. Fat but not threatening.

Food Buff: I personally used EXP+ here, but I imagine any +ATK +DEF food would do. Depends on your level, I guess.

Bennu fight strategy: It’s weak to lightning, if you’re wondering. So you can craft some spells to speed things up. Blocking and parrying his dive causes Vulnerable State.

Food Buff: Three Mushroom Kebab !!!VERY IMPORTANT!!! The description of this food is “Prevents most status ailments” and I gotta say, it worked damn well. I wouldn’t walk into this fight without this, if only to prevent a huge hassle / headache / item use. The recipe for this item is – Alstroom, Vesproom, Malmashroom.

Preparation: He has a pretty beefy physical attack, so stack some HP / Defense.

Malbodoon fight strategy: Stay at his back, it’s very easy since he’s quite slow. Phase through him. It’s weak to Ice if you’re wondering. Heavy ice damage seems to stagger / vulnerable him. Don’t kill the brats – focus on the boss, and deal with them after.

Food buff: They have some sort of status effect. While the food used for Malbodoom is probably OK (Three Mushroom Kebab), I went through the trouble to try out the Altissia restaurant food buff Maagho Lasagna (prevents elemental damage!). It seemed to work very well for this fight, as the damage was noticeably lower from the lightsaber move.

HI ELIXIR! Stock up on this and hi-potions. If setup correctly, you won’t need any fancy items. Hi Elixir restores max HP and they’re available from NPC’s – they seem to have a move that reduces max HP so you this works well.

Tonberry Knights fight strategy: PARRY. For the love of god, hold square if you have to. They have 2 attack patterns – Lightsaber combo (parries at the very end). And a 3-hit knife stab (Parryable thrice). Fight them head on mashing circle? You lose.

Abuse the fact that ALL their moves can be parried.

Phalaris Fight Summary: Eh… while I got scared first time in, it turned out to be pretty chumpy. You’ll take heavy damage, but it isn’t fatal. Use an offensive setup if you like.

Food Buff: Any will do. If you can find a food with ATK DEF and HP, why not? Again, he’s just a meaty enemy with powerful but nonthreatening moves.

Weak to Ice – and is really really fat. Get some strong ICE spells with at least tri-cast. Craft a Freeze if you can (break damage limit)! Helps to stagger him…

Phalaris fight Strategy: Mega-Potions! I bet you forgot these items existed, didn’t you? But it’s the perfect time to use them. His moves can knockout your whole team. Mega Potions aren’t so popular for good reason, but they’ve been kindly been gathering themselves in your inventory precisely for this moment! Other potions work, since you won’t be keeping your HP up for a realistic amount of time.

I didn’t try a defensive setup, but I doubt that it would help.

This bastard deserves a guide on its own! For now…

Naglfar fight summary: Get ready to use up your curatives! Naglfar has a lot of heavy hitting attacks, but I used an all offense setup. I thought, “kill or be killed”, and even if I try to have a defensive setup the frequency and strength of his attacks won’t make a tanky setup relevent. The whole point of this guide is to rush Zwill Crossblades, anyhow!

While there’s many ways to deal with this guy – I’ll outline a quick, semi painless (cheese) strat most people can just get on without further farming

Naglfar fight Strategy: Bow of the Clever + Overwhelm! I can’t even begin to explain how powerful this combo is. RIGHT BEFORE YOU JAM OVERHWHELM – equip and USE (like, bust it out) Bow of the Clever (and optionally, but I recommend equipping ALL Magic+ items, as it scales off magic). Unequip them while you charge tech, if you wish.

Hang around ledges and bide your time… waiting on tech and magic cooldowns!

Use magic! You can straight up just kill him with extremely powerful spells typical Zu Beak break damage limit shenanigans. But to support the above strategy, try to make a 99 potency Vulnerability cast. Venomcast works too.

Don’t be shy to use some Mega Phoenixes and Megalixirs – it’s the one fight you wanna put away as soon as you can, since the reward is phenomenal. It’s worth it.

Be sure to stock up on lots of (Hi)Elixirs, (Hi)Potions and Phoenix Downs to reduce the number of megas you need to use…

The fight is quite straightforward once you get used to it. He has a laser attack which is semi-blockable, best to blink to his backside when he prepares for it (you will know once his laser ‘pods’ line up in front of him). The other killer move is a jab type move which you can block and parry, make sure you take advantage of that. Otherwise the rest of his moves are typical tail swipes and stomps.

Reward: Zwill Crossblades (Daggers) – Higher attack when HP is full. One of, if not, THE best weapon. The attack speed makes this weapon extremely powerful.

I hope your legend gets born soon, as rushing Zwill Crossblades makes a huge difference! 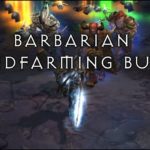 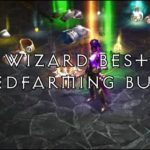 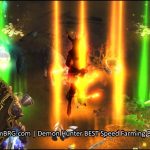 TeamBRG - March 22, 2020
4
Hey guys! In this guide, we will be updating with the fastest / best speed farming builds for Demon Hunter! Currently - it's Unhallowed Essence...