So you need help and a guide to beat Old Denizens of the Woods? If Coeurls weren’t bad enough in FFXV – Elder Coeurls are much more so. I can’t pinpoint what pissed me off in this hunt – but it did. So here’s how to smash ’em. (See also: FFXV Hunts list)

I guess it was the amount of animation cancels, knockdowns, instakills, them healing themselves… basically it’s an annoying fight that I’d rather not waste Mega Phoenixes and Megalixirs on if I can.

As you must be aware of by now, Coeurl young or old have an instant death move. DO NOT BLINDLY MELEE THEM WHILE THEY’RE RESTING as that triggers the instagib counter-attack. Like their younger brother, the same advice applies…

While I cleared this WITHOUT any of the above, it’s never a bad thing to have. The strat I used never got me into close contact with them, anyway!

Without having to worry about the instakill, they’re still annoying. A ton of HP, heal and knockbacks WAY TO MUCH. So how? Magic & Burst Damage! If you wanna brute force it with multiple Mega Phoenix & Megalixirs – then you don’t need a guide lol.

The basic preparations still apply… leveling up to increase stats is actually easy. And if you’re not 99 yet check out that link to know how to reach it painlessly.

Either get a Limit Break Fire spell (Flare), or a Quintcast Fire. You need at least 3 (4 or 5 to be safe) ONE FOR EACH OF ‘EM! Do the Zu Beak farming method for Flares.

The nuke I prepared for these guys tagged them for 99999 – but that’s not enough to kill them. As I said earlier they have to die FAST before they rest. We need more…

While there’s a lot of ways to gain burst damage, not a lot of people would (or in their right minds) have the break damage 999 AP nodes right now, and that’s fine.

Use Bow of the Clever + Overwhelm (Ignis Skill). While that combo is best for beasts with multiple places to hit, it works just fine to fill in our “simple to get burst damage” needs without going out of our way. (Don’t have Bow of the Clever!?!?)

Equip and USE Bow of the Clever right before you hit with Overwhelm. It scales from magic so equip all weapons and accessories that increase magic before doing so. Again Bow of the Clever has to be your active weapon for Overwhelm to use it.

Enter the area and stay unnoticed for as long as you can. You can gain tech bar this way! Wait until you’re full. Spotted you? Doesn’t matter. While you can try to take some cheap shots in, you’ll soon find out it’s not that worth it.

Full 3 bars of tech? It’s time for the burst.

Well there you go! Hopefully you have three more Elder Coeurls in the bag after reading this, and ticked off Old Denizens of the Woods. Check out our FFXV Hunts list and other FFXV Guides.

Want to support TeamBRG? Check out our Patreon! 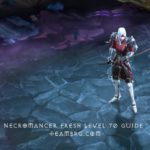 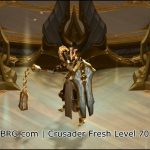