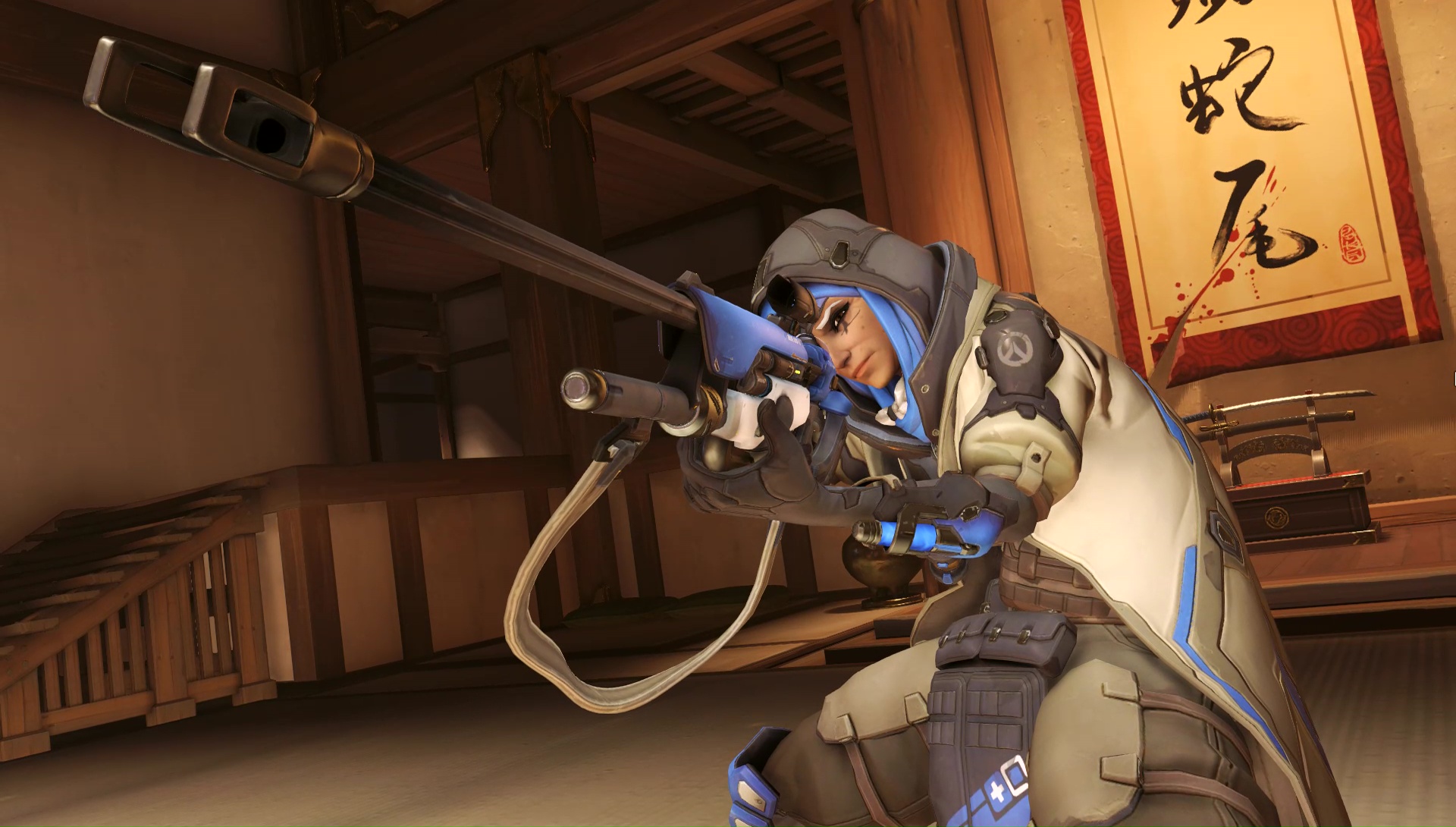 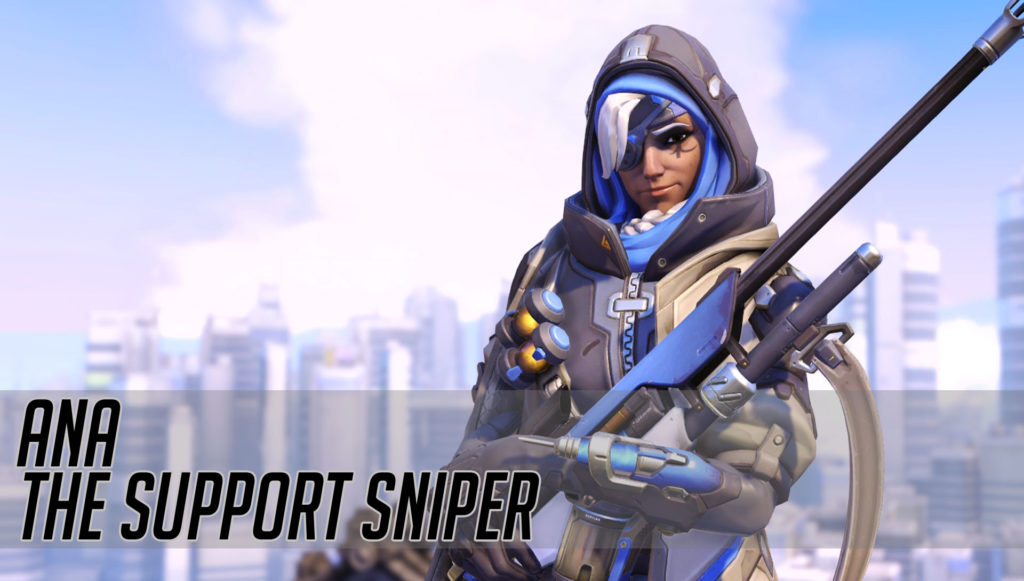 Ana is the first hero released in Overwatch since launch. She is a support healer but also seconds as a sniper. Her abilities give her great flexibility and utility being able to not only
heal and buff allies, but also damage and debuff enemies. 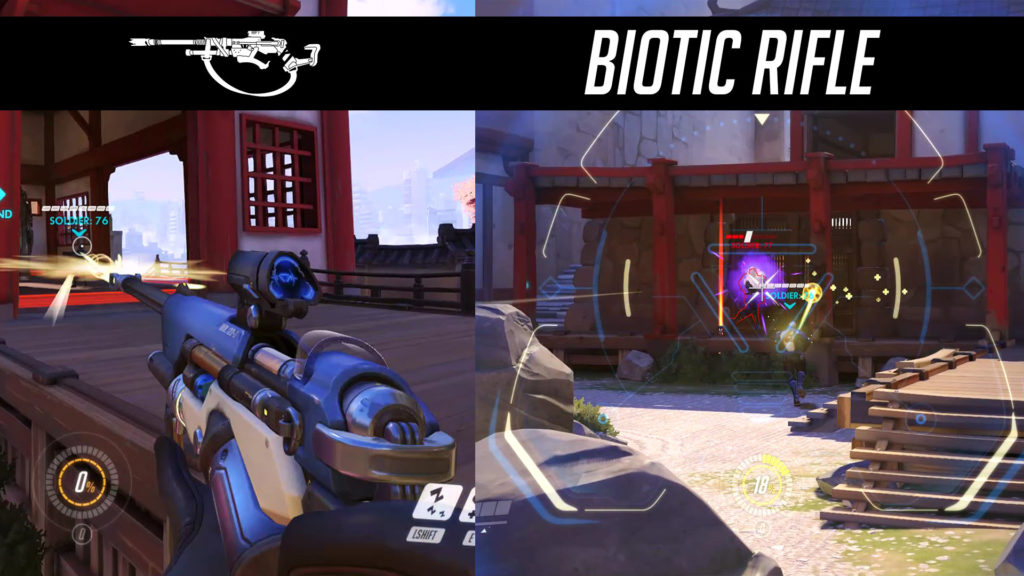 Anas primary weapon is a sniper rifle that serves two purposes, she can both heal allies and damage enemies depending on who she hits. As a sniper rifle, it has the ability to zoom in when looking down its scope and it also changes her damage into a hit-scan. When un-scoped, her rifle shoots projectiles.

Ana does not have the ability to headshot either damage or healing. Instead, the damage and heals are spread out over a duration of about 1 second. 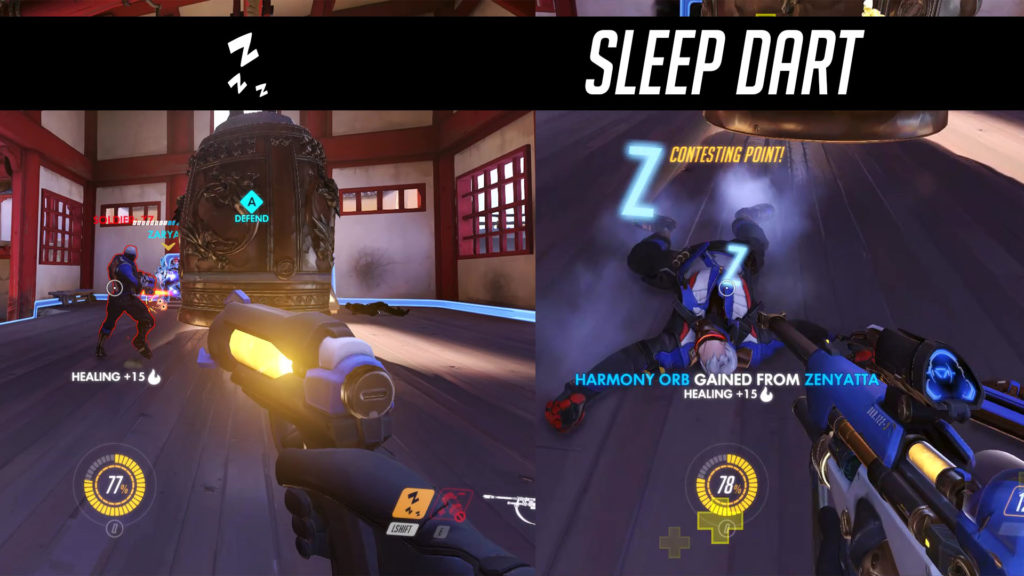 Ana fires a projectile from her pistol, sleeping the first target it hits. The sleep duration is very long, 6 seconds, but any form of damage will wake up the afflicted target. It is an excellent way to stop an enemy ultimate. 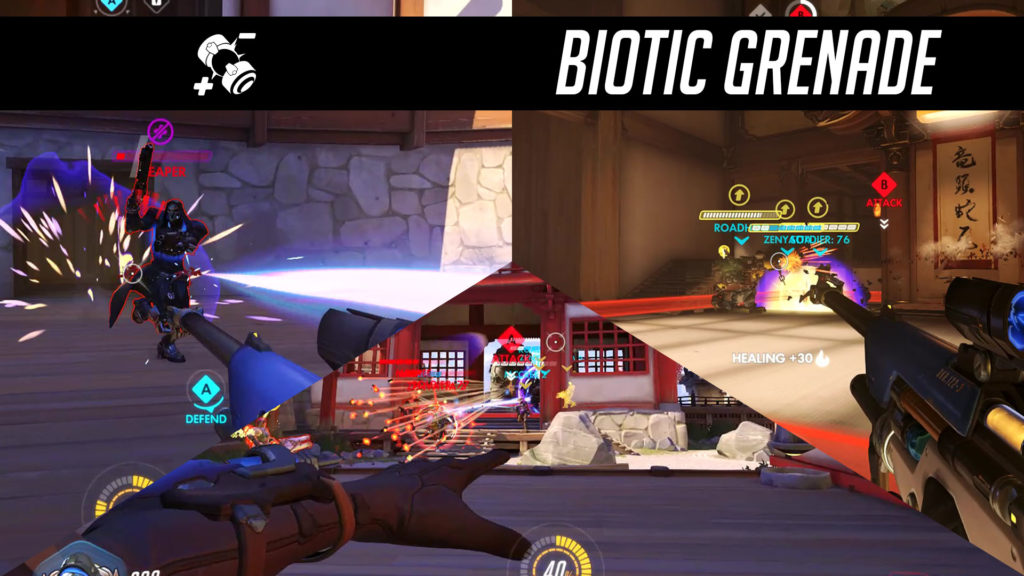 Ana throws a grenade towards a target location. When the grenade explodes on impact, enemies take damage and cannot receive any healing for its duration. Alternatively, allies hit by the grenade are healed and receives a 100% increase in any heal received. 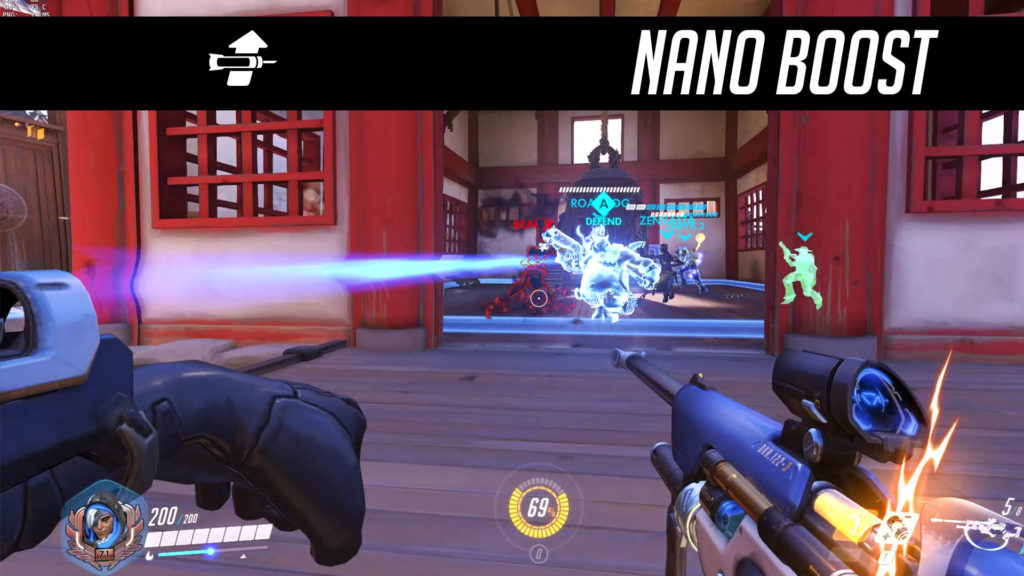 Ana targets an ally, shooting a dart from her left arm. The targeted ally will receive a significant increase in damage, speed and also will take less damage from enemies over its duration.