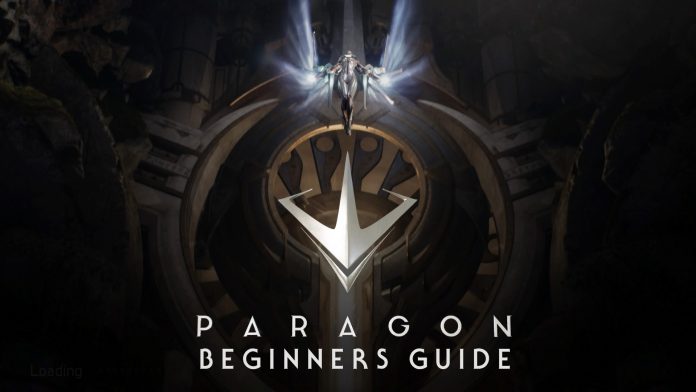 So you’ve heard of a new game called Paragon from Epic Games. But what exactly is it?
Here is our detailed guide for beginners into the new MOBA on the scene, Paragon.

But first, what is a MOBA?

Multiplayer online battle arena (MOBA), also known as action real-time strategy (ARTS), originated as a subgenre of the real-time strategy (RTS) genre of video games, in which a player controls a single character in one of two teams. The objective is to destroy the opposing team’s main structure with the assistance of periodically spawned computer-controlled units, called minions, that march forward along set paths. Player characters typically have various abilities and skills that improve over the course of a game and that contribute to a team’s overall strategy. A fusion of action games and real-time strategy games, players usually do not construct either buildings or units.

What is Paragon, in a nutshell?

Paragon is described a massively online battle arena. But unlike its more established and traditional rivals, League of Legends and Dota 2, Paragon is a 3rd person MOBA. It plays very similar to its main counterpart, Smite.

With the gameplay being 3rd person, you no longer have an “auto-attack”. You actually need to aim your basic attacks like you would in any action game.

Similarities to other MOBA titles are very apparent. The map is very recognizable, although its oriented vertically instead of diagonally. Instead of top, middle and bottom lanes, you have left, middle and right. 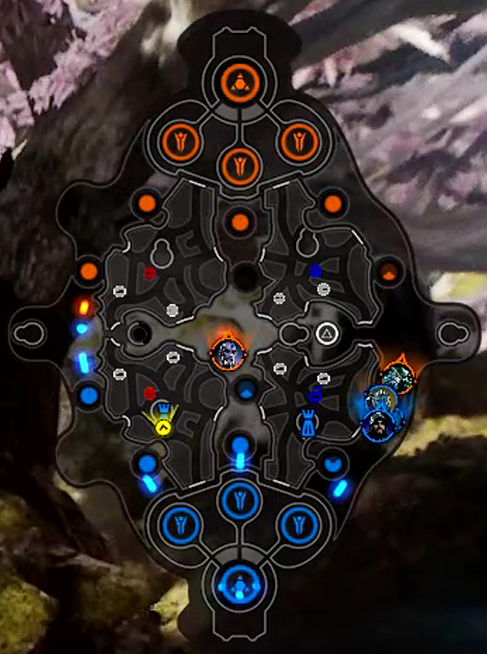 The 3 lanes will spawn creeps, and has two layers of towers before the main inhibitor/barracks. Where Paragon differs however is that the Inhibitors also serves as its own tower and the Core (nexus) does an AOE pulse damage instead of having its own towers. The core is invulnerable when all 3 inhibitors are alive.”But similar to other MOBAs, it can be damaged as soon as one inhibitor goes down.” Paragon also has a jungle, with creeps that drops buffs similar to that of League of Legends.

To avoid getting overwhelmed straight off the bat, the game requires you to reach level 7 before you can go up against other players in PvP. You can earn experience by playing against AI opponents in a solo or co-op setting. Paragon has 2 currencies outside of an actual match. Reputation, which is used to purchase card packs and unlocking mastery for heroes. Coins, used to purchase experience or reputation boosts and cosmetic items. Reputation is earned at the end of matches and when your player level increases. While Coin is earned by real money transactions and is sometimes a player level reward. While having boosts is nice and can speed up your game experience overall, it’s not necessary.

Paragon is unique in the MOBA genre because of the Cards and Decks mechanic which they have introduced. ‘I want to open another deck’ or ‘I need new cards’ are the words we often hear ourselves saying far too often than we would imagine… It is both a refreshing mechanic and an addicting one too!

Not all cards can be used by all heroes, here are the types of cards and how to tell if a hero can equip them or not

Decks: Once you hit level 5, you unlock the ability to create your own decks of cards. Each deck can only have 40 cards inside them and the interesting part is… you have to assign a deck slot to a specific hero, so you need to pick and choose which heroes you want to have decks for.

Each deck can only contain a maximum of 40 cards. It may sound like alot of cards, but it gets increasingly difficult to narrow down which ones you really need. At the start of the match, you have to choose a deck for your selected hero. You cannot change decks once you have made your selection. This also means you can have multiple decks setup for one single hero, giving you the flexibility to change the playstyle of your chosen hero. 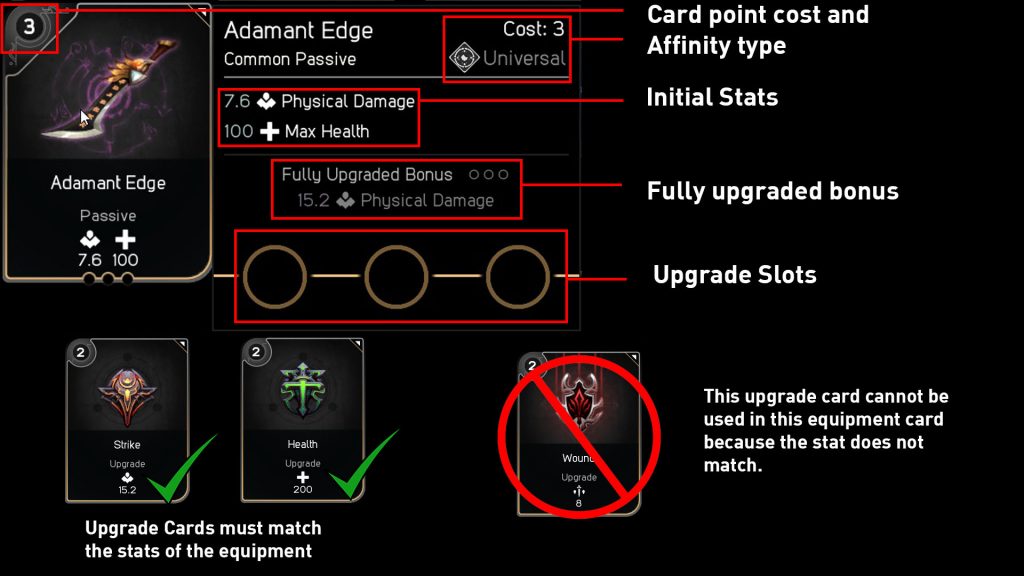 Some equipment cards have a “fully upgraded bonus”. Once you fill up all its upgrade slots, it activates that bonus.

Equipment can only be upgraded with upgrade cards that match the stats found on the equipment itself.

Card Power: Instead of your traditional gold for kills, Paragon has card power. Once you kill a minion, structure or enemy player, they will drop yellow orbs on the ground. Every time you pick up these yellow orbs, you earn card power. Once you fill up your card power bar, you gain 3 card power points. These points are what you use to buy your equipment and upgrade cards from your deck. 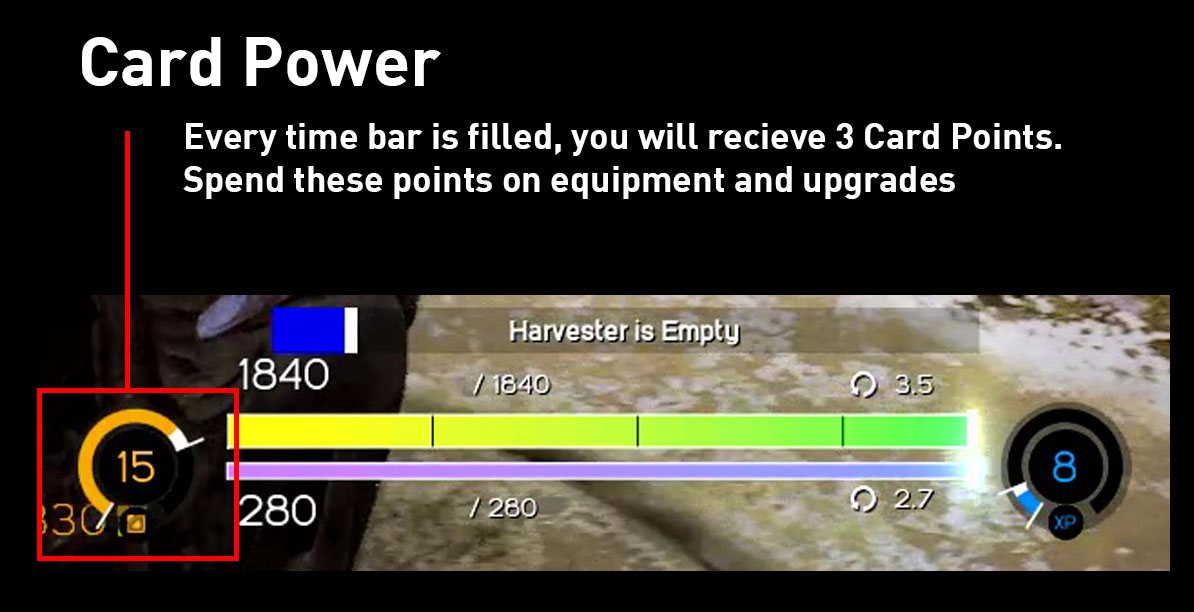 Another major thing to note is that card power orbs picked up are shared with nearby allies. Meaning, if you do get a minion kill, you and any other nearby allies will gain the exact same amount of card power. This is unlike other MOBAs where gold is awarded to the one who landed the killing blow, and only some residual gold is given to anyone who assisted on the kill. 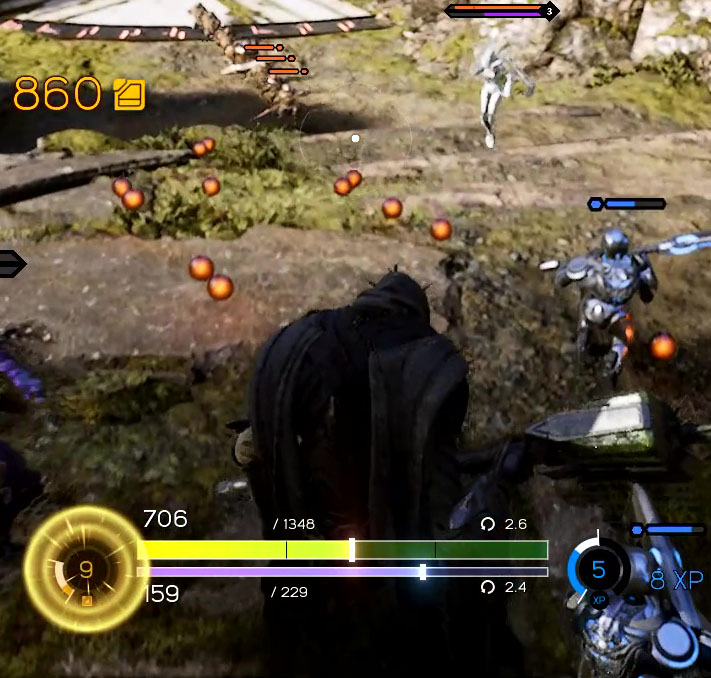 Heroes like Steel and Rampage are built with more HP and defense per level growth because they serve a very specific purpose- TO SOAK UP DAMAGE. Tank heroes are often equipped with crowd control and displacement skillset. They initiate teamfights, cripple key enemy heroes, and protect the rest of the team at the same time. 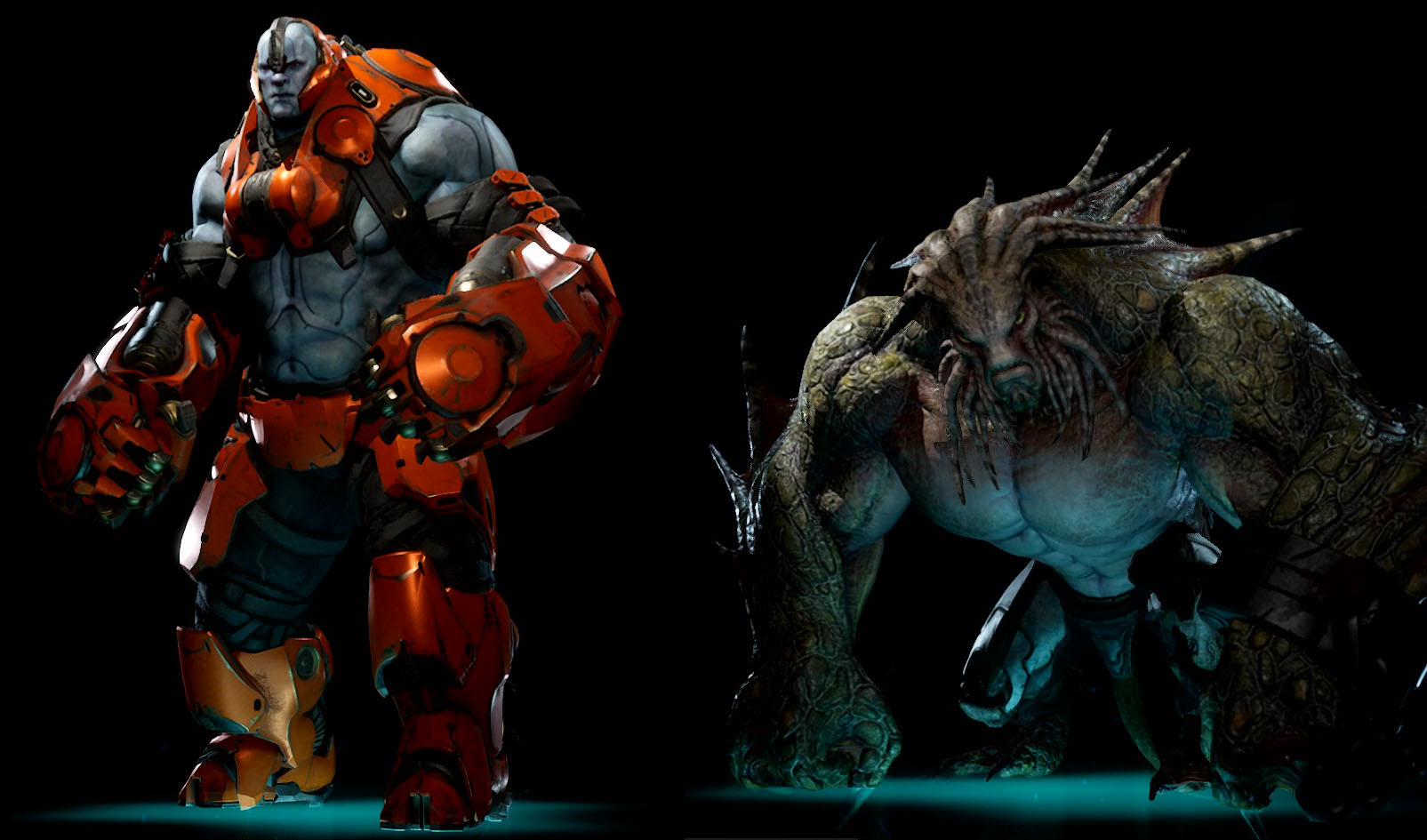 These are your main damage dealers in the party. Heroes like Gideon and Twinblast usually build High damage / low survivability. Their role is to dish out as much damage as possible in a team fight and pushing up creep waves as fast as possible. 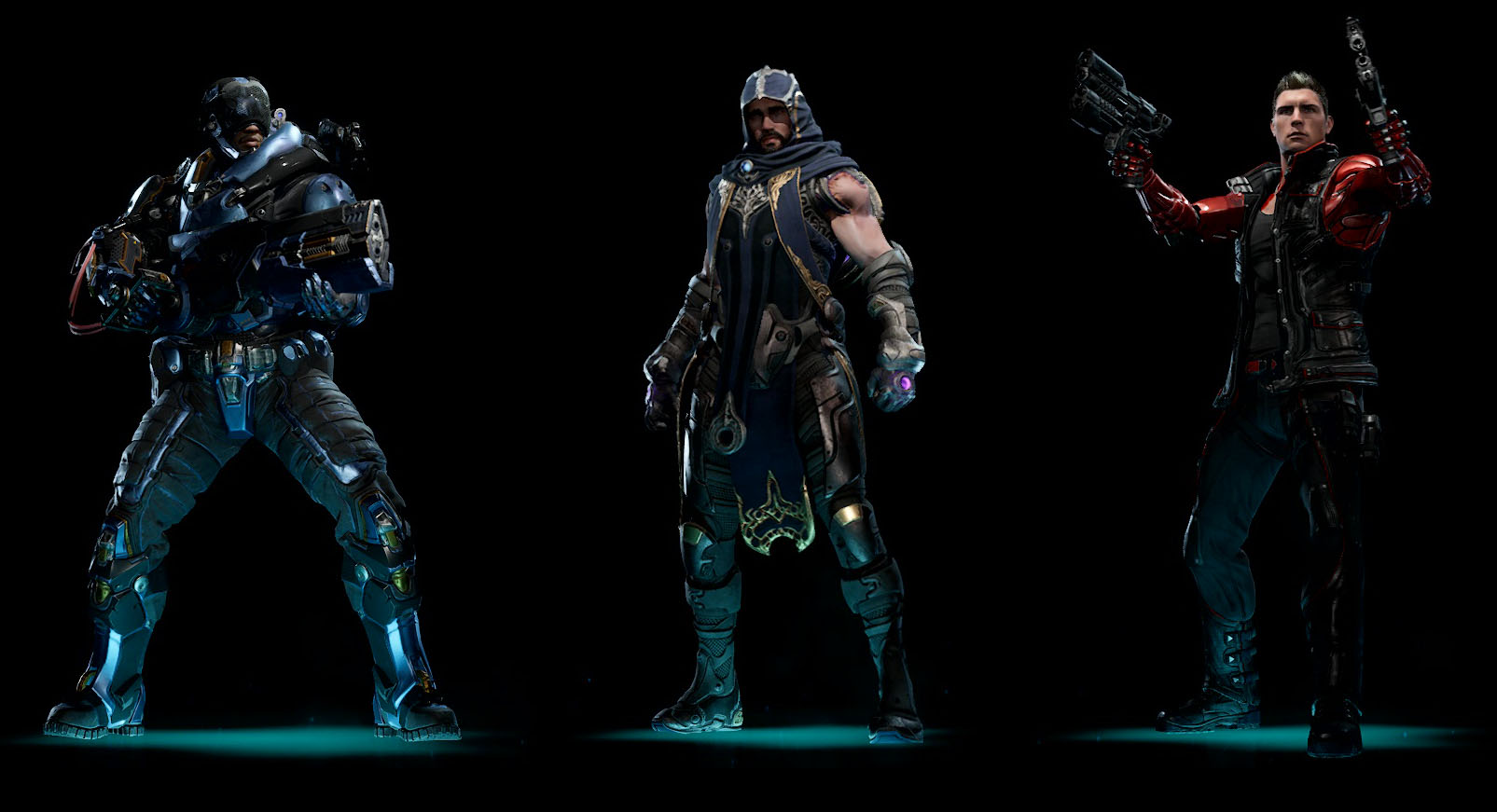 The role of a support is to try and keep your team alive using whatever means possible. This can come in the form of heals, crowd control such as stuns and slows, or shields. As for now, we feel like Muriel is the only “true support” hero. Though some might argue that Dekker is one also. 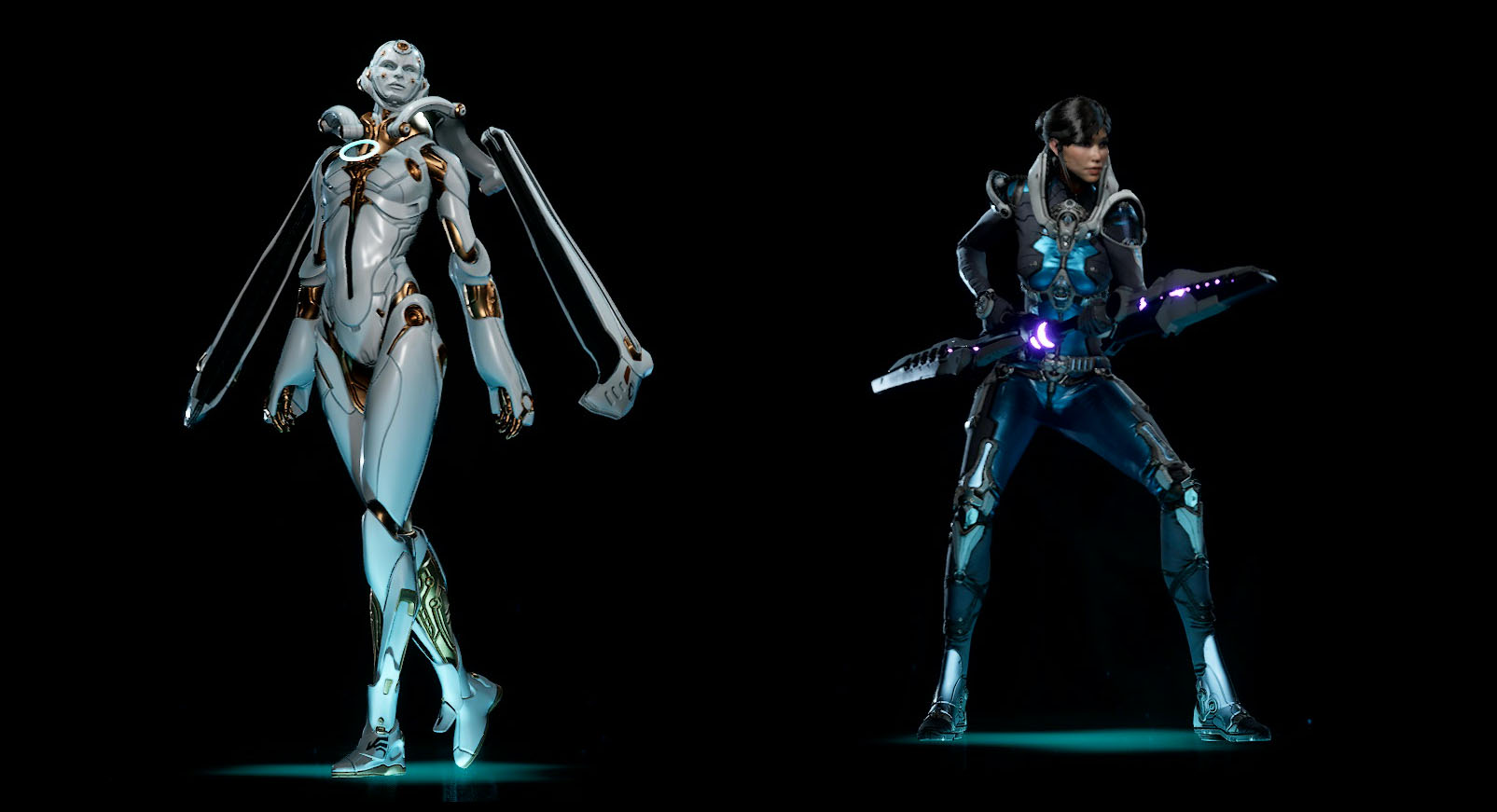 A Jungler is usually a hero built with good survivability, good damage, and lots of crowd control skills. They grow by killing jungle creeps for exp and money and show up for ganks when the enemy least expects it. The jungler is usually the wildcard in the game, a good jungler should be able to level up at pace with the rest of the team while showing up for timely ganks wherever an enemy hero overextends themselves. This is a tricky role to play and takes a lot of map awareness and finesse. In the current meta Grux, Rampage and Sevarog are the heroes we feel are most suited to jungle. Though heroes like Kallari and Feng Mao are equally effective when played properly. 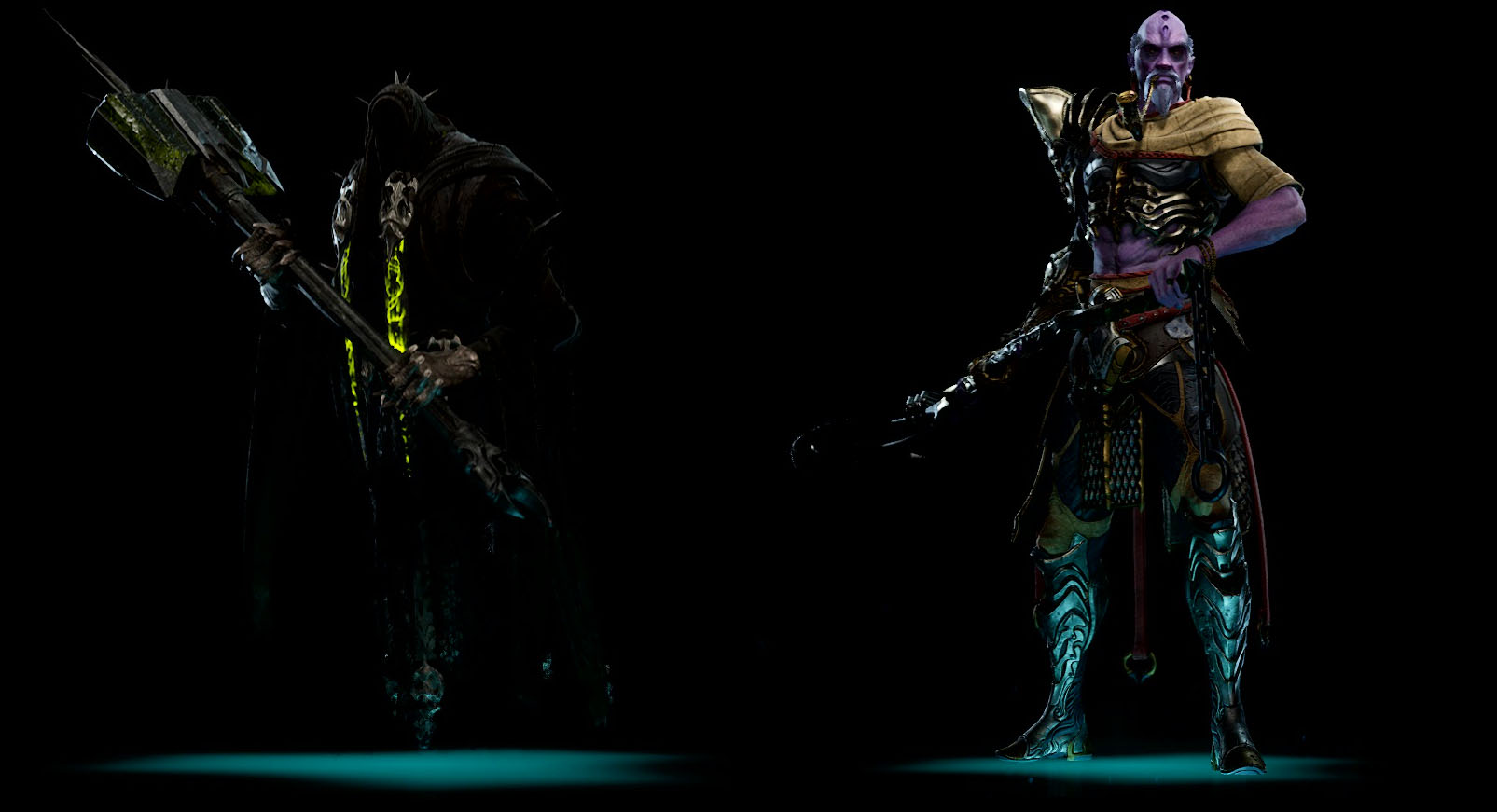 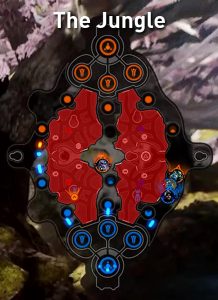 The Jungle in Paragon resembles much of that from other MOBAs such as DOTA and League of Legends. It is inhabited by various neutral creep camps from weak to strong. Neutral meaning the creeps wont attack you as long as you dont engage them first. They also have specific camps that drops buffs you can pick up after killing them. 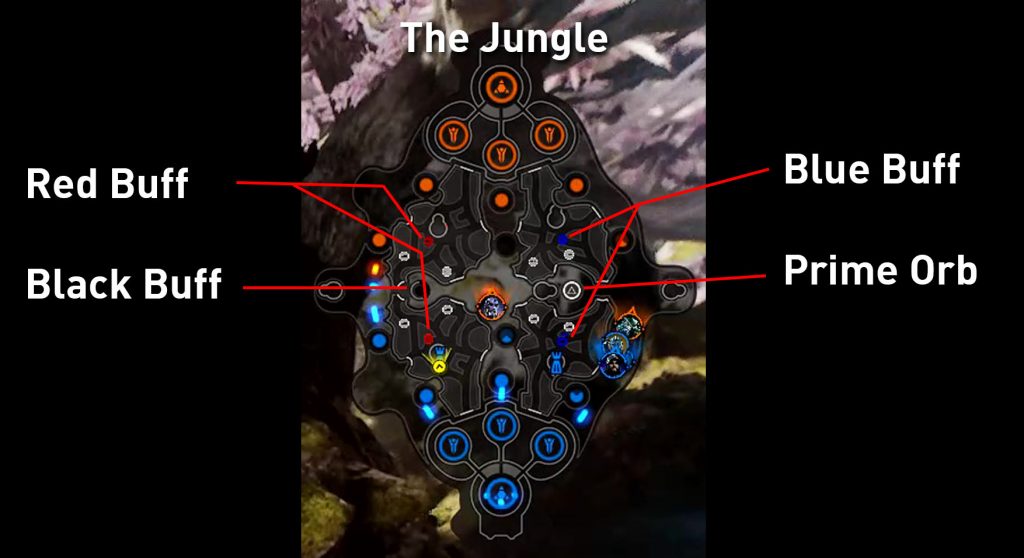 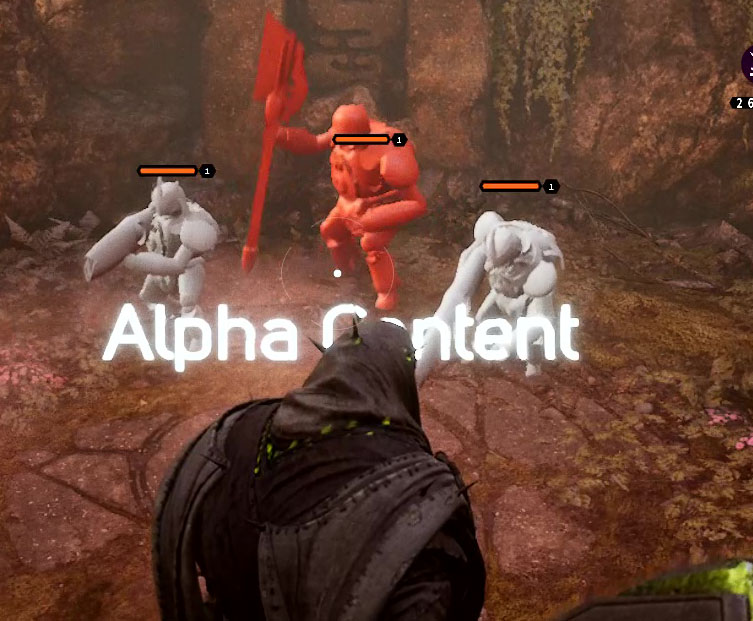 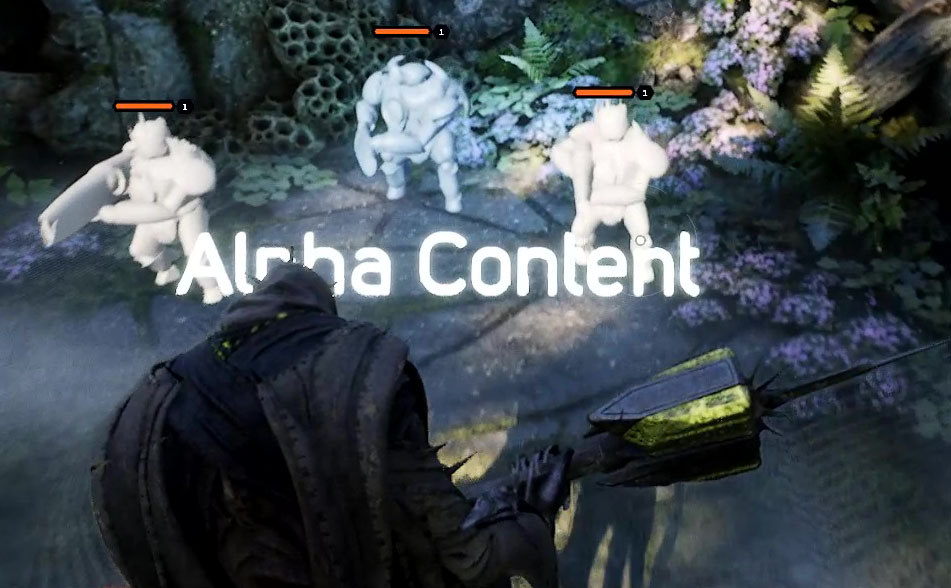 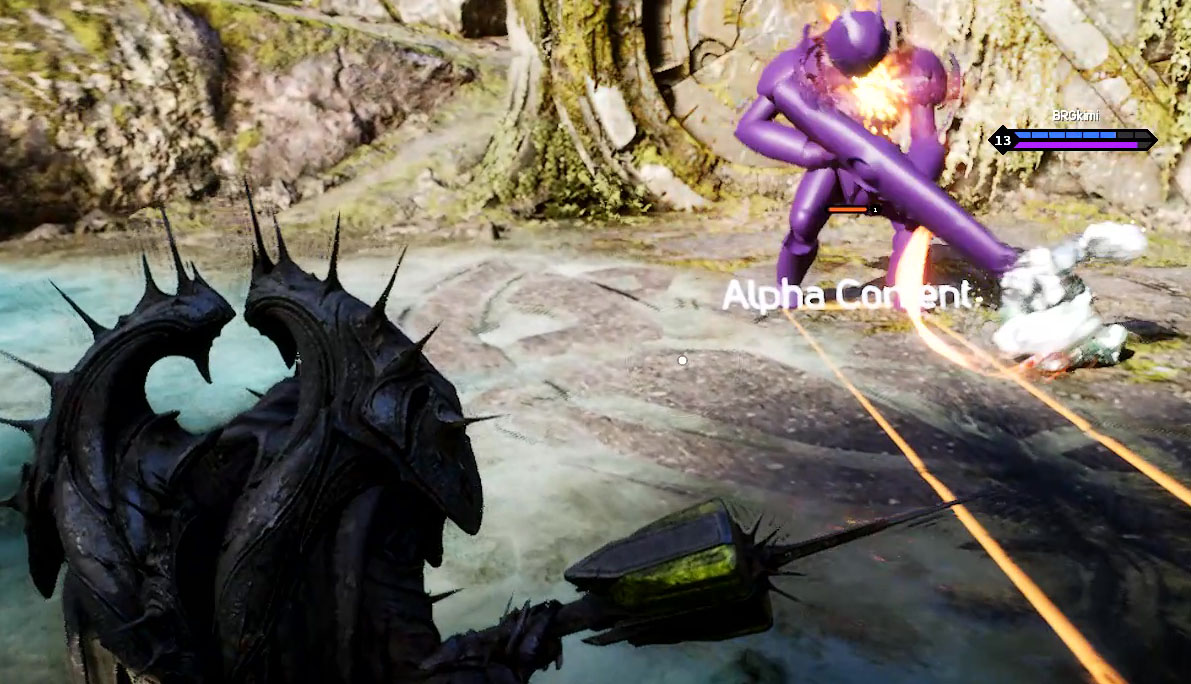 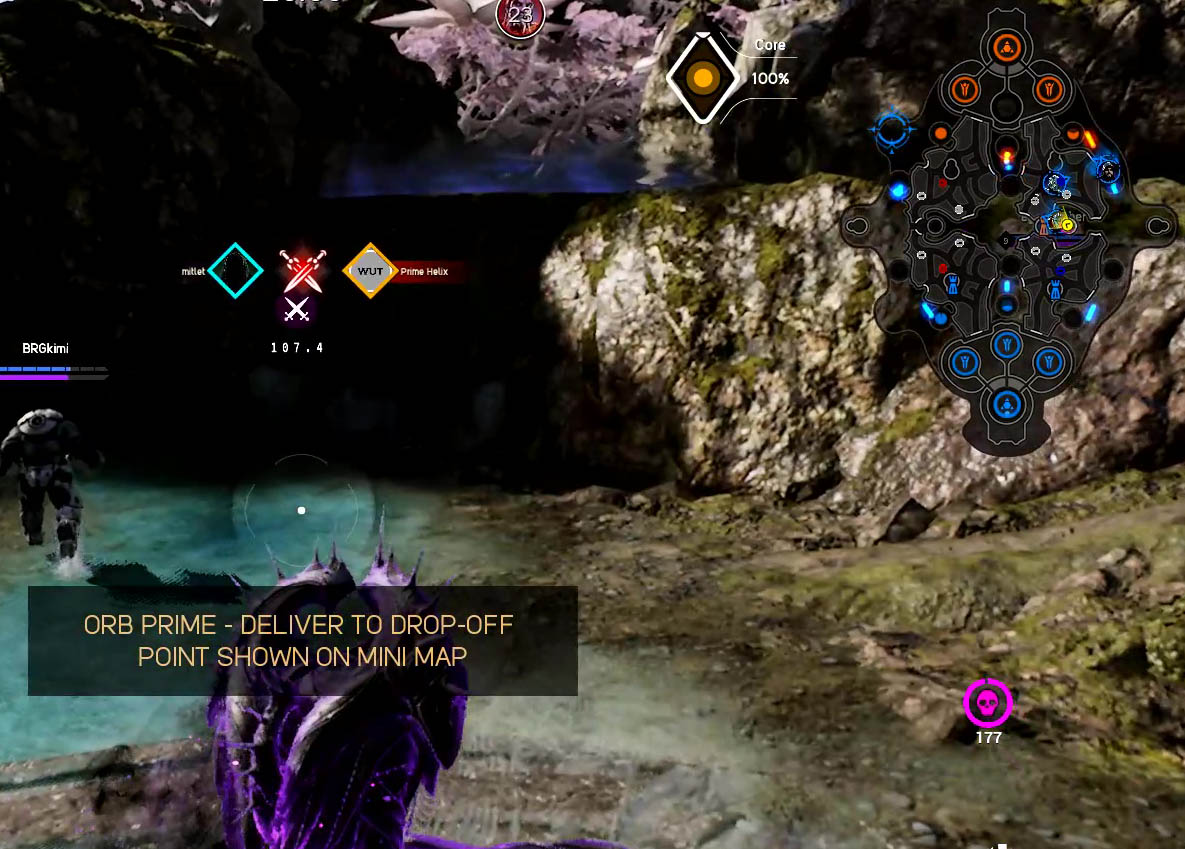 The prime orb is used to activate your equipped Prime Helix card for your entire team.. It is a 2 step process:

Activation of the Prime orb is often a game changing event due to the strength of your Prime Cards. Enemies will more often than not drop whatever they’re doing to ensure you don’t reach the activation point with the orb. Note that dying will result in you losing the buff. 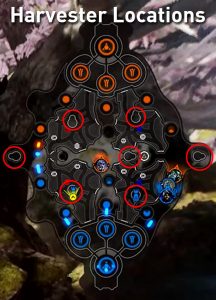 Unique to Paragon are structures called Harvesters. There are 7 points in the map where you need to build these structures using various harvester key cards. These harvester nodes, when activated, gather CP over time (card points) which can then be collected. To activate a harvester, you need to have equipped a harvester key (it’s a special card that allows you to build harvesters faster, without one it will take forever to build). To build a harvester you need to stand on the harvester circle until it’s activated (you do not need to wait during the 2nd bar when it says building) 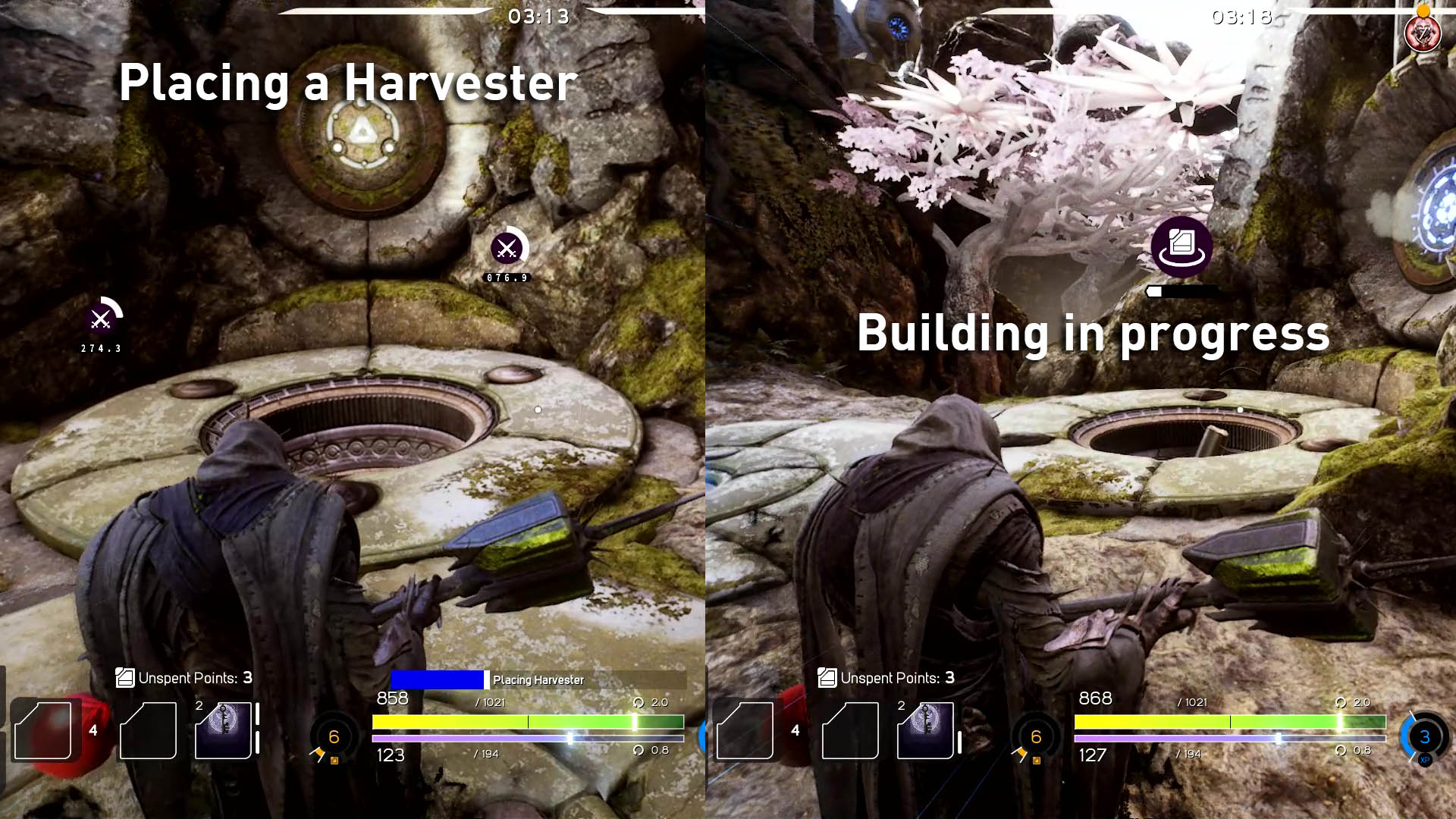 Collecting resources from harvesters benefits the whole team and we feel that its a very important game mechanic. DO NOT let a harvester stay full for long. Usually your jungler goes around and pick these up but it could be anyone on the team. The usual set-up for harvesters is to control the the 2 harvesters on each side of your jungle and the other 3 being a free for all (usually whoever gets there first). Enemies can destroy your harvesters and vice versa. The harvester becomes inactive again allowing you to plant a new one after 30 seconds. 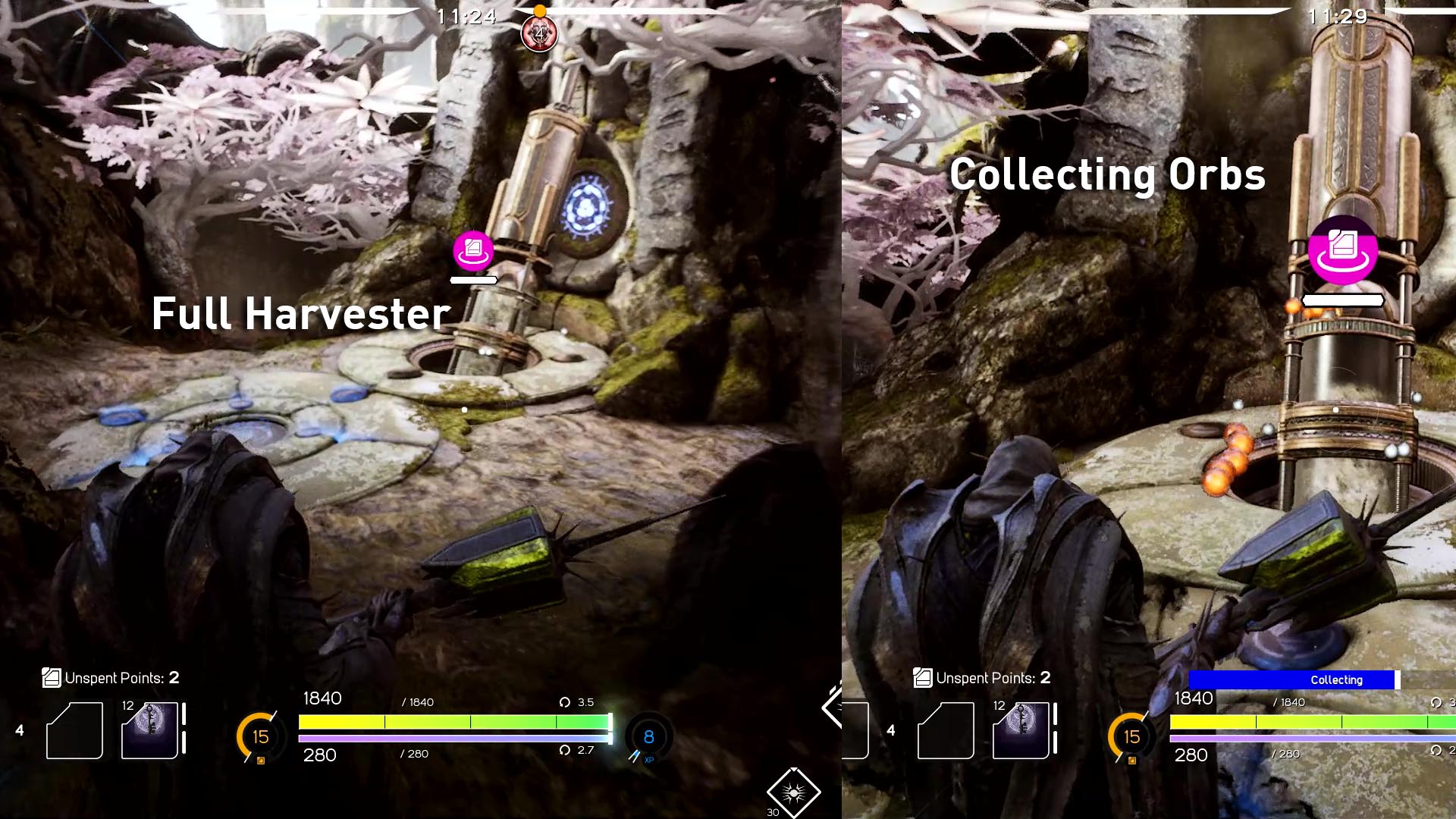 Harvesting is a new mechanic in the MOBA game genre, we’ve seen that managing the harvesters and gaining control of them throughout the game provide significant advantage to our team whenever we do so. 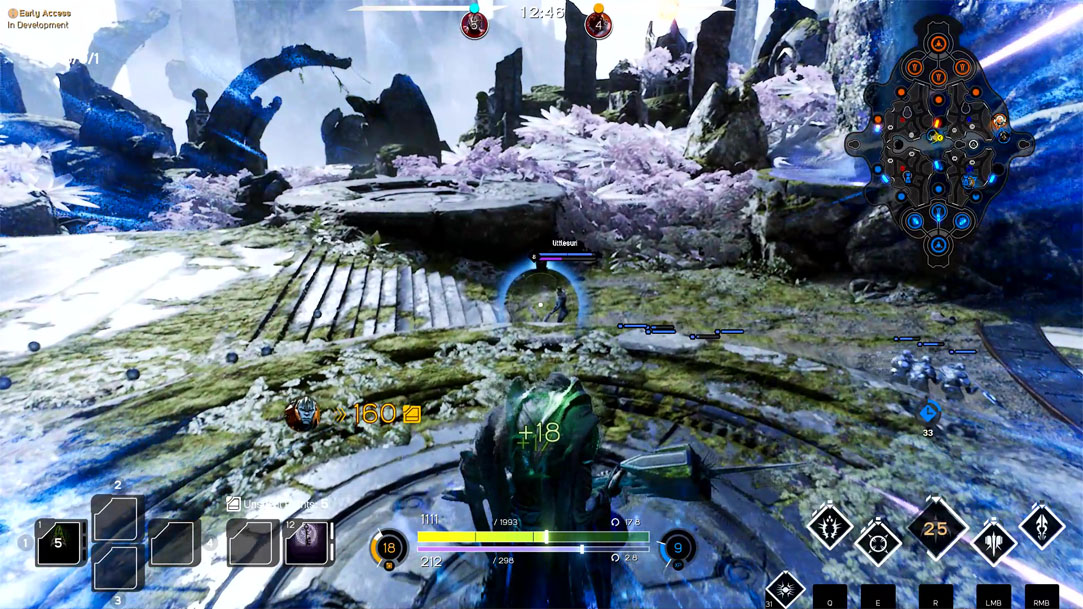 Another new thing unique to Paragon is “Travel Mode”. This works like sprinting by increasing your movement speed outside of combat but has some drawbacks. It takes a few seconds to cast, and if you take any damage while in travel mode, you will be immobilized for a few seconds. 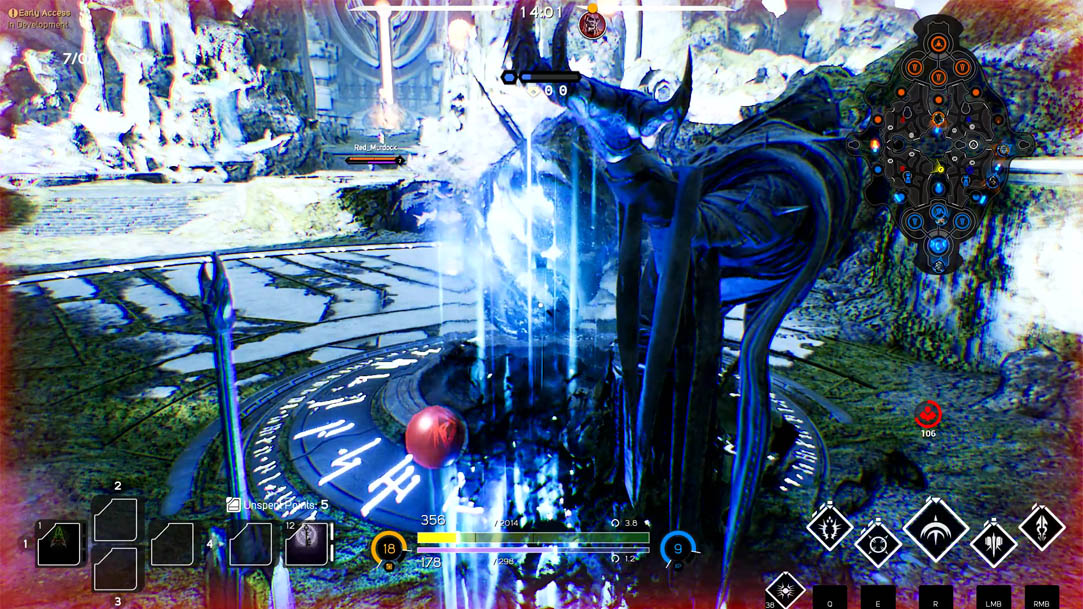 League of Legends players will be familiar to the recall ability. In Paragon, you get an ability to teleport back to the base to be able to buy more cards and heal up.

Here are some highlights of us playing during Early Access.

We hope that with all the information above, you’re ready to jump in and kick butt in the game! Paragon will be available to play soon but you can play now if you buy one of the three founder’s pack available on their site. For a modest fee of $20, you can start honing your skills now and get a head start on all the other players out there!

Got any questions? Did we miss anything? Feel free to put your comments down below and we’ll get to answer all your feedbacks as soon as possible. We’ll have more in depth/ suggested hero and gameplay guides and videos soon so keep checking back!