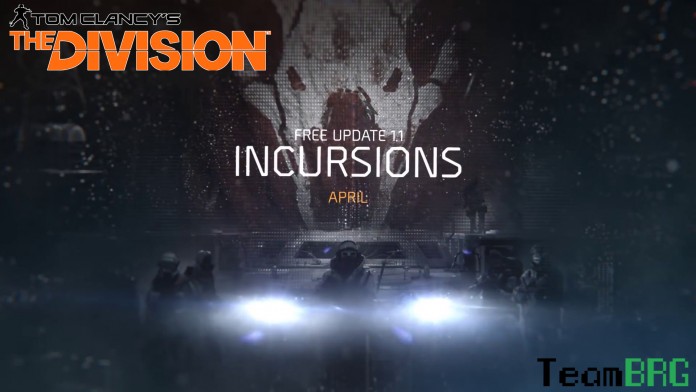 On April 1, the developers of The Division held a special live-stream on their twitch channel and talked about the first upcoming free update, of course the main thing people were hyped about was the patches namesake – Incursions! What’s new? Let’s find out!

The Ubisoft quality control team took “3 days while only playing during work hours”. You will not be OK just making any random group composition – you will need a synergistic group with specific roles like healing and crowd control (disables).

Has 2 Difficulty settings: Hard and Challenge

There’s lot’s of things to get hyped about with Incursions, and hopefully many more will come quickly! I sincerely hope deez Incursions won’t let us down now and in the future.

Assignments are repeatable daily and weekly, requires completion of simple objective for rewards like Phoenix Credits and Division Tech.

There are 3 types in of Assignments 1.1, Combat, Crafting and Dark Zone.

Overall, will give good rewards and save you some time gearing up. Not a required activity, just another source of loot/currency/exp, so why not.

Supply Drops are introduced in this patch. Along with new stuff like this, the devs mentioned DZ will be updated regularly, with balance tweaks as well.

Ultimately gives more incentive to go DZ – so it wont be made useless by Incursions.

Some more pics of the set items…

Of course there are mixed reactions about this (Elitism this and that), but overall a good piece of information to have given the increased difficulty of content.

What else to say but “Thank God”.

Please note that all this information is all PRE-PATCH and may be subject to change when it does release. Numbers and rewards may not be the same during release.

The devs stated that there will be more information to come next week! We will keep you posted on any announcements. Stay tuned! Get hyped for Incursions in 1.1!

TeamBRG - August 22, 2022 38
How to start off? Leorics Crown? What Difficulty while leveling? When to Bounty? When to Neph!? All answered HERE!

ABOUT US
Gaming community and guides!
Contact us: [email protected]
FOLLOW US
© 2022 TeamBRG. Gaming guides and community by BRGMedia